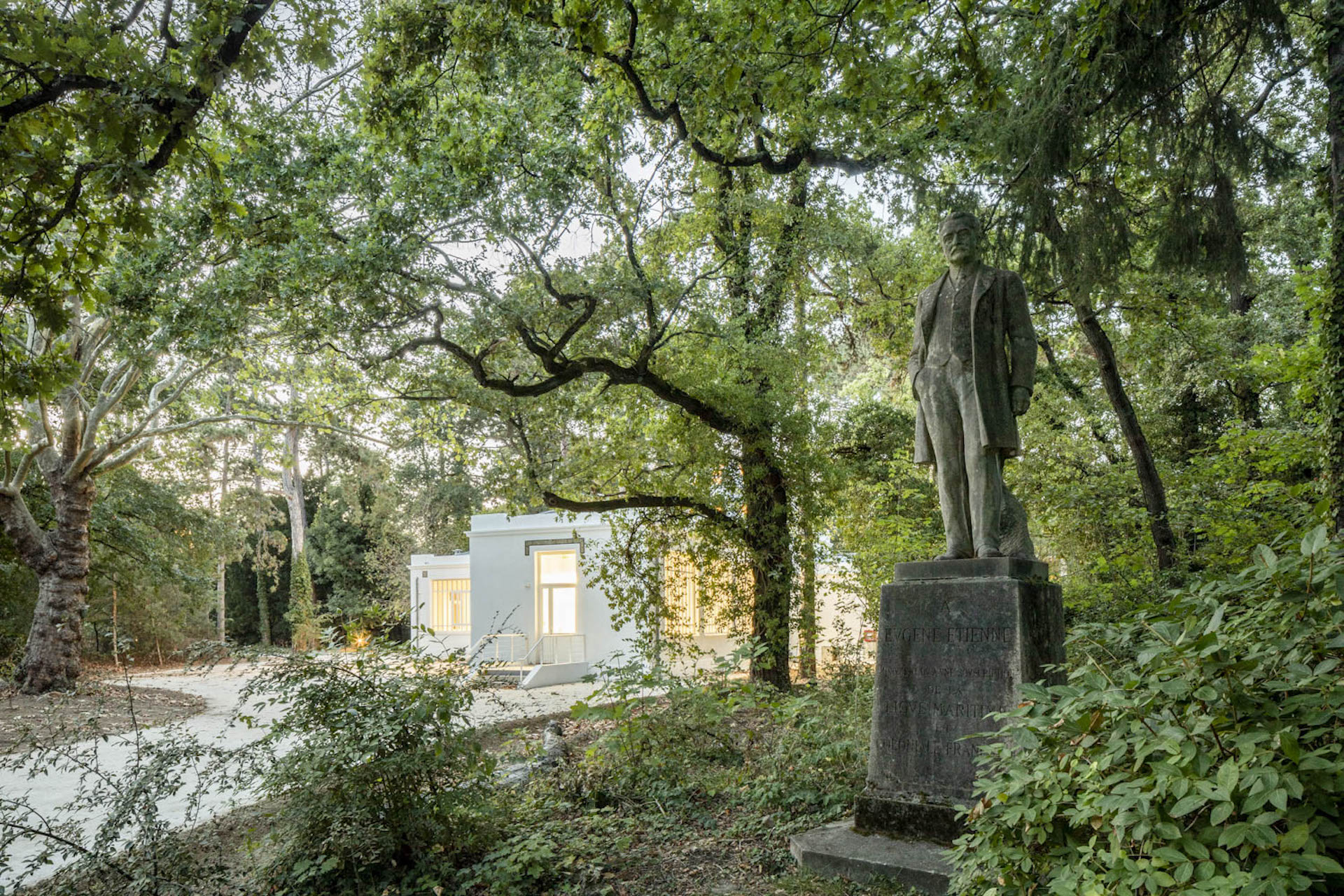 Posted at 15:05h in Arts & Culture, Destinations by OLIVA
Share

As part of the rehabilitation of the 1907 Colonial Exhibition pavilions, located in the Paris Tropical Agronomy Garden, the Tunisian Pavilion underwent a complete renovation. This trial garden was initially commissioned by the Jardin Colonial, an institution developed since 1899 under the supervision of the Ministry of Colonies, and was originally intended for the Natural History Museum in the Bois de Vincennes. Today, the site includes production, research and teaching activities. The pleasure garden, designed for the colonial exhibitions organized in 1905 and 1907 with the exhibition pavilions as the main attractions, had the role of highlighting and stimulating the agricultural production of the French colonies.

The political will of CIRAD, the project owner, was to renovate the heritage protected as historical monuments while offering a new activity designed to revitalize the tropical garden. The program therefore called for the creation of a restaurant, some offices and a multimedia room / resource centre. The pristine white facades of the cross-shaped Tunisian Pavilion have been restored to their former glory. The central room, which is accessible from the hall, is the building’s flagship space with its wooden dome topped by a moon-shaped finial, giving the building a majestic character. This space has been rehabilitated so that visitors can make the most of the layout and the zenithal light of the completely refurbished dome.

The extension, built at the end of the east wing, is detached from the existing building by a glazed space allowing the old building to be distinguished from the contemporary extension. Treated in white concrete, the addition takes up the architectural lexicon of the existing building in order to be in continuity. The silk-screen printing of the glazing in the technical areas is a nod to the building’s old cement tiles. 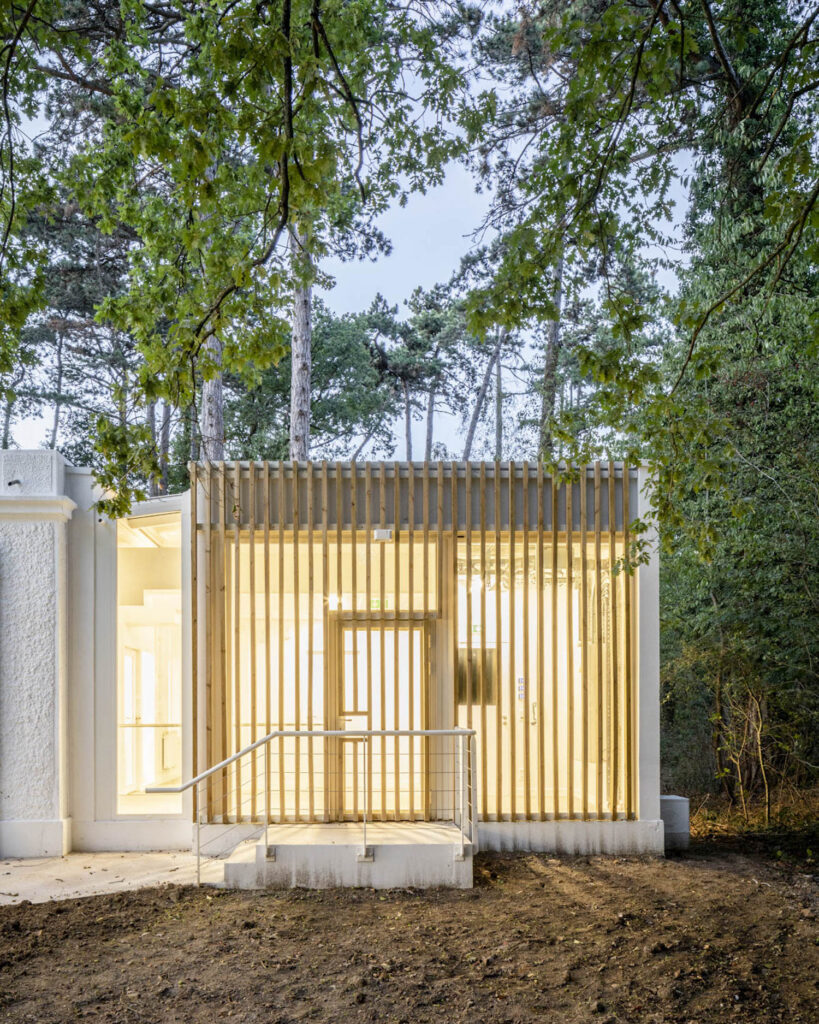 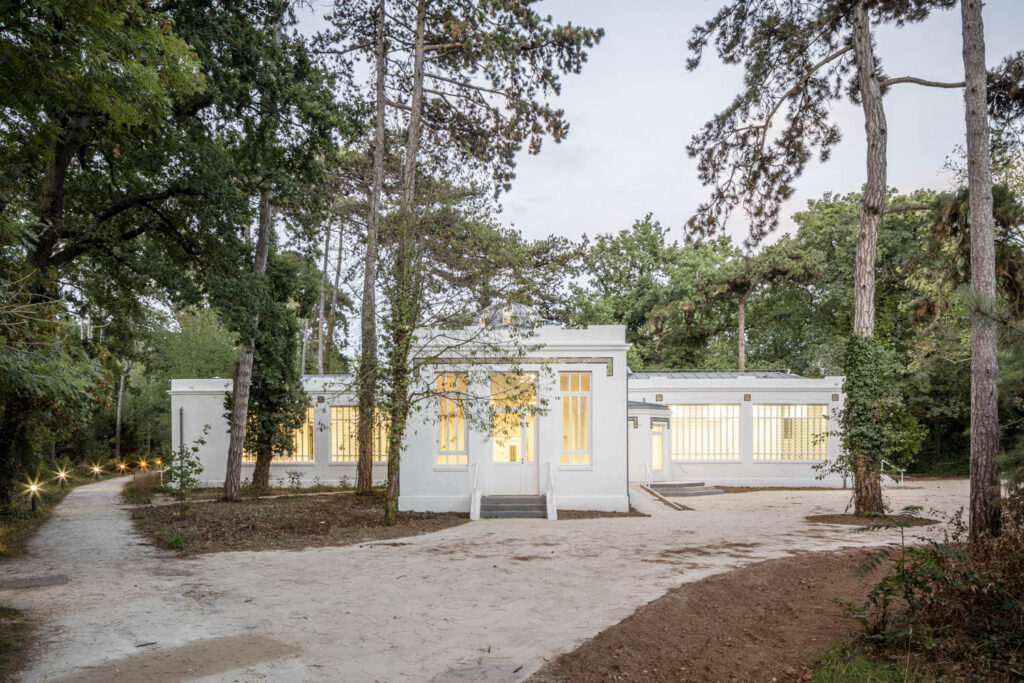 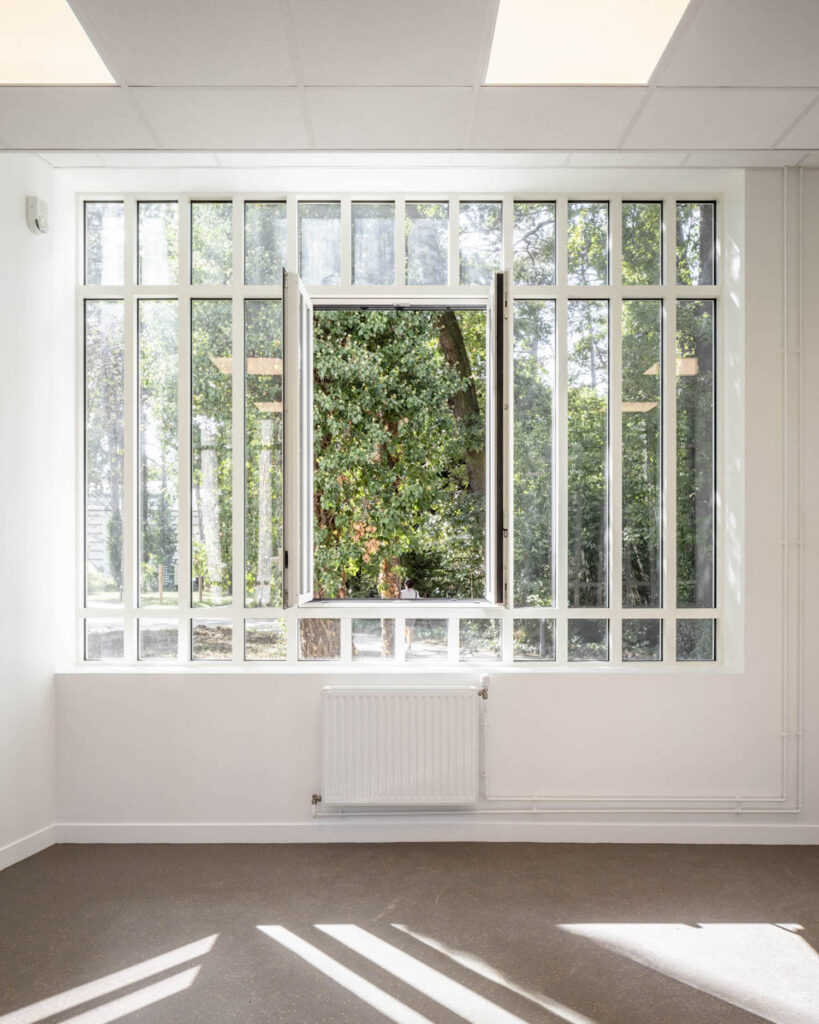 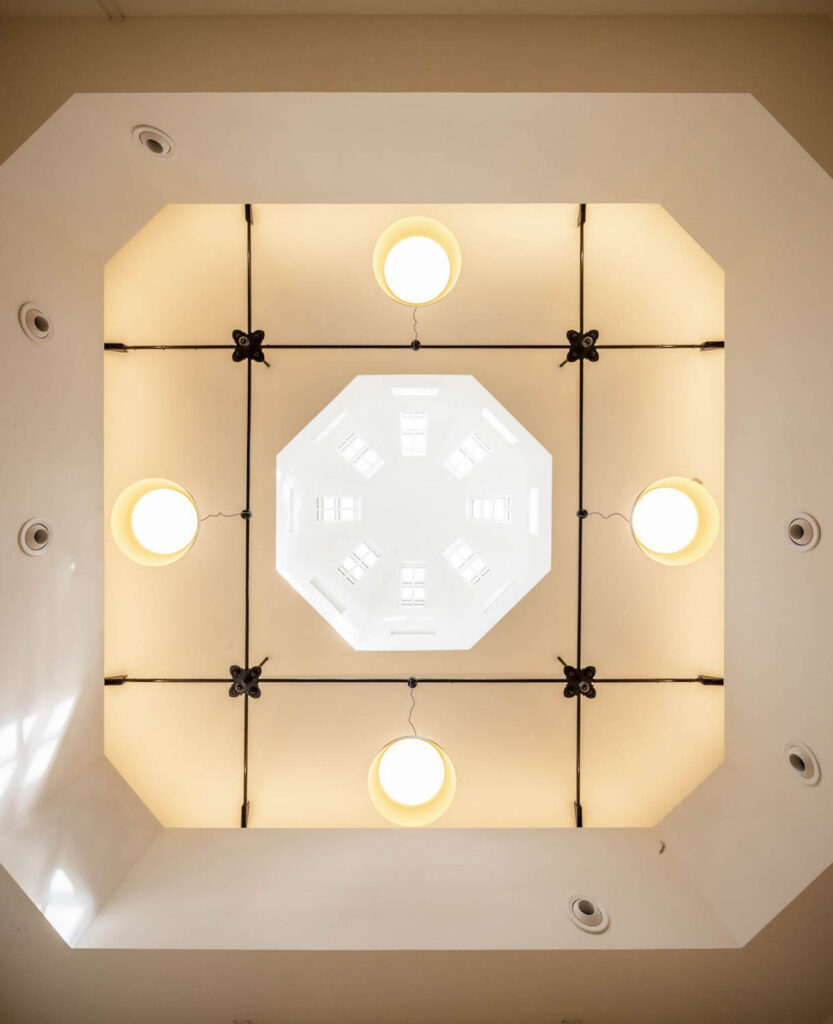 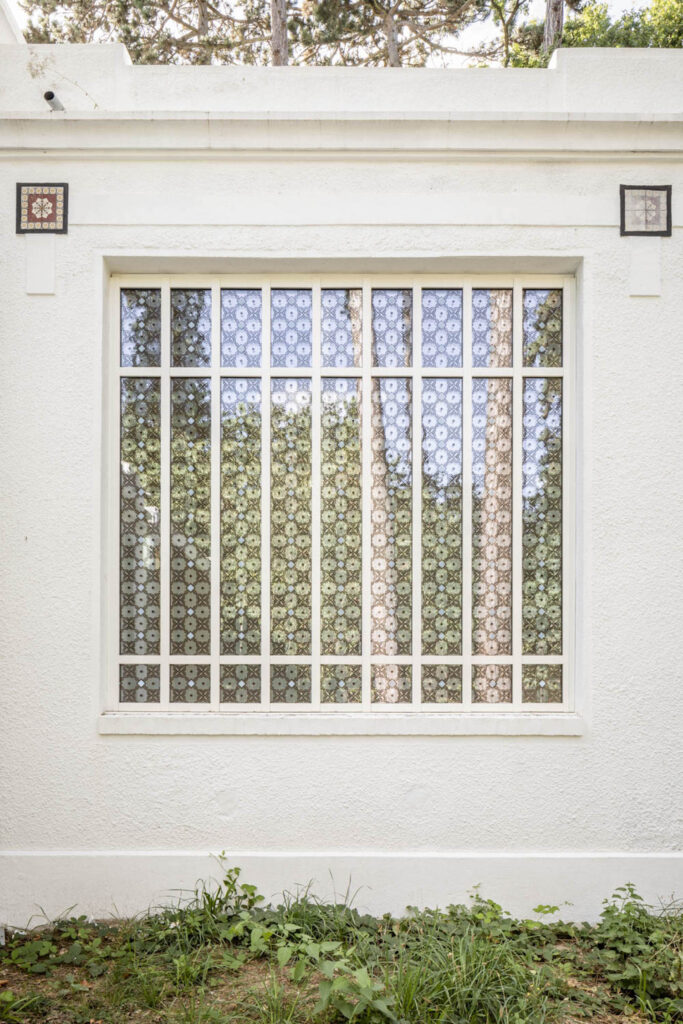 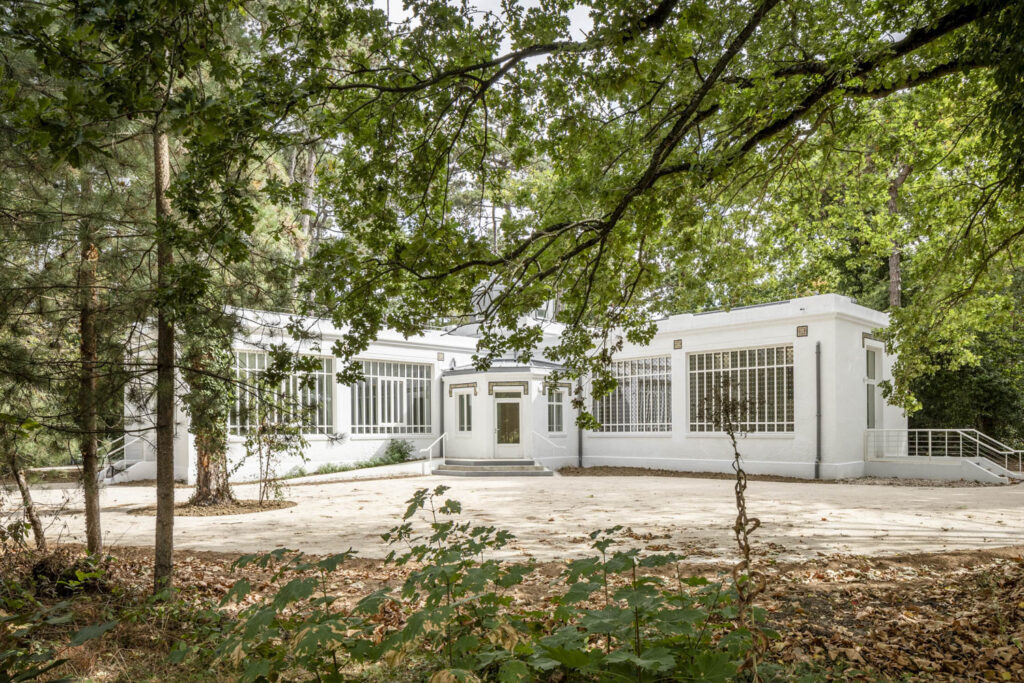 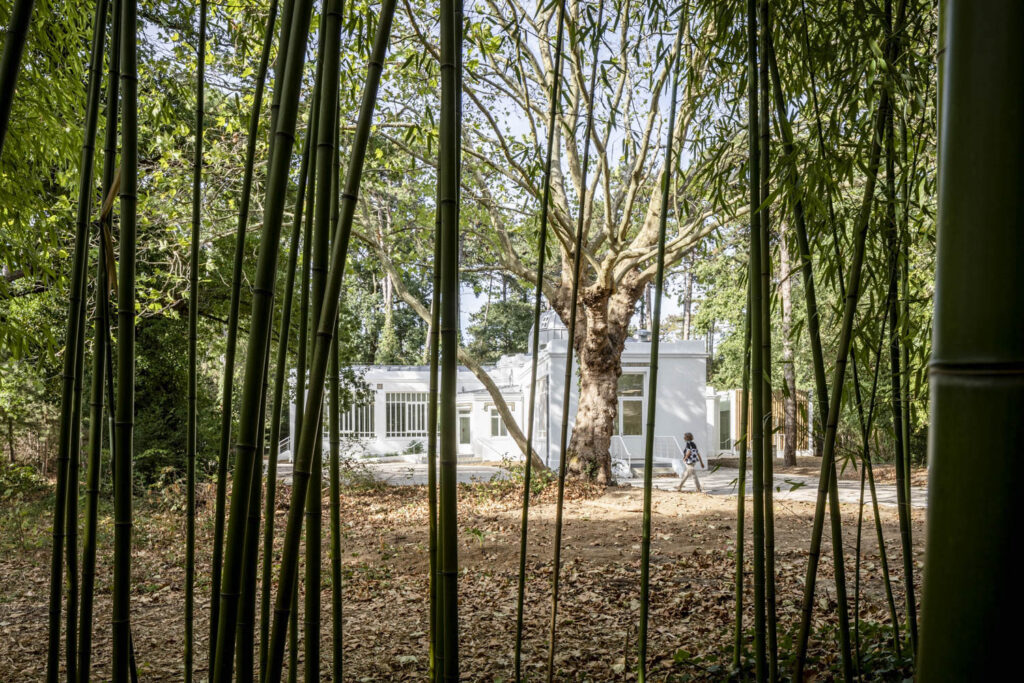