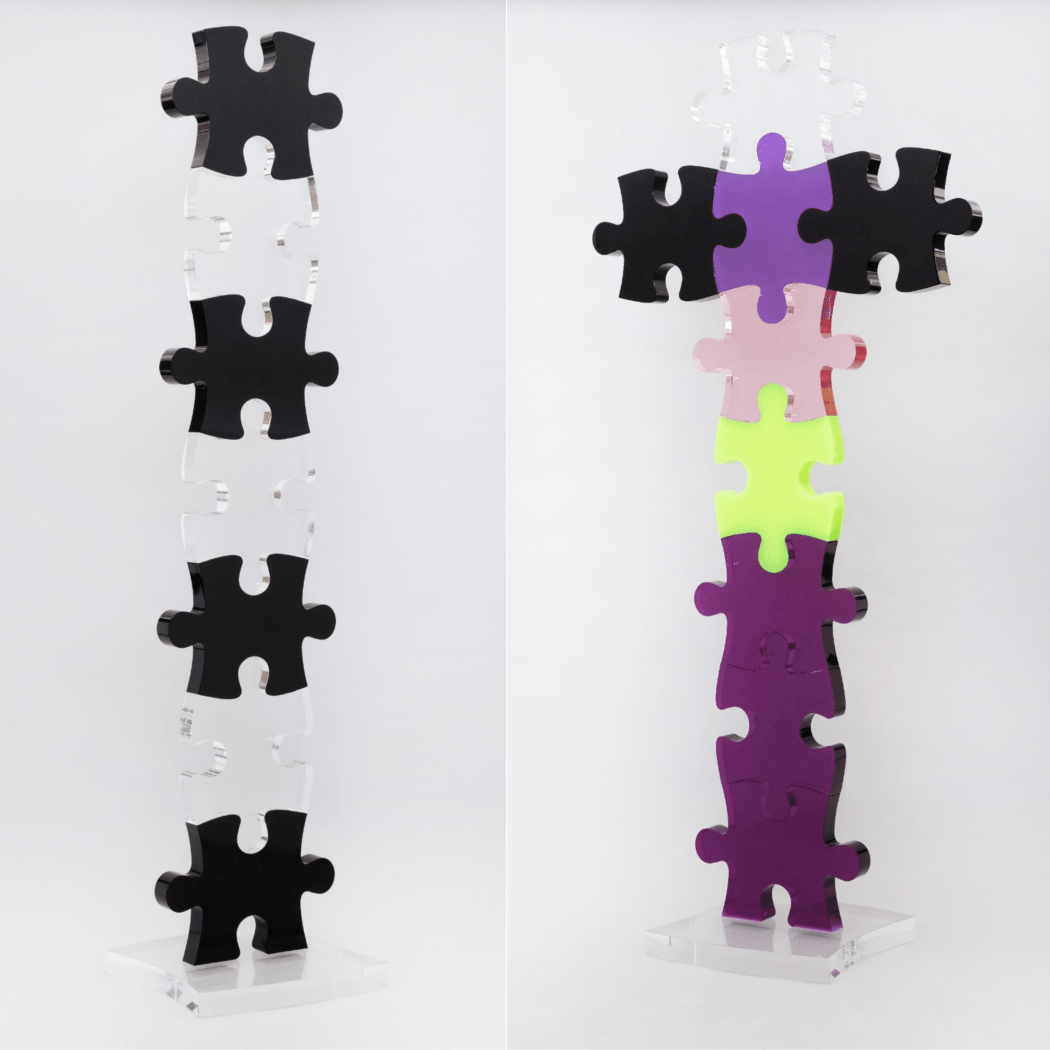 01 Nov On View: Totems by Mouna Rebeiz at Leila Heller

The word “puzzle” not only denotes a game but can also refer to the mysteries of life. Rebeiz searches for the meaning of life and her latest series gives shape to this quest. Like the child who questions what seems obvious, Rebeiz is not easily taken in. Totems, symbols of power and unity, have only the ephemeral stability that the men who built them were willing to grant them. Put to the test by the artist’s fundamental questions, these erect monuments are seen for what they are: a body of fragile beliefs.

Mouna Rebeiz is a Lebanese-Canadian painter based in London. She grew up surrounded by musicians, painters and poets, who influenced her painting. Fascinated by the multiple facets of the human being and the human psyche, she studied psychology at the Sorbonne and at Saint Joseph University in Beirut. She travelled extensively, and then in 1995 met Alix de la Source, a lecturer at the Louvre specialising in 18th-century painting., who taught her about the techniques of the great masters. She perfected her mastery of patinas in the Renaissance courses, and studied with Abraham Pincas, a painter and teacher at ENSBA Paris, and with Mohamed El Rawas, a Lebanese painter and engraver teaching at the fine arts school in Beirut. In her works, both figurative and abstract, Mouna Rebeiz captures the energy. of life itself, and the life of woman, expressed at its simplest, as a universal crucible of emotions. Her great sculptures, like revisited totems, are set to the rhythms of present time in the playfulness of space. Mouna has had numerous solo and group shows in the United States, Paris, London, Lebanon, and major European capitals. She took part in “Artistes à la une togeth’ Her” at the Monnaie de Paris (France). Most recently, Mouna is representing the Republic of San Marino for the 59th Venice Biennale.

A murmur of doubt, on a nationwide scale or within a couple’s intimate relationship, suffices to sever the silken thread of trust. The artist is confronted by this disturbing fragility: the monumental totem crumbles into scattered fragments. Our world is volatile, and there is a great temptation to avoid loss of tranquillity. Rebeiz reminds us that the seemingly perfect arrangement of things and men is subject to change. Empires suddenly collapse; the Colossus of Rhodes fell to the ground, as did Manhattan’s Twin Towers, and our illusions of omnipotence can be dashed to pieces.

The artist’s doubts thus awaken ours, yet Rebeiz also has hope. She reminds us that each part, albeit isolated, symbolises a whole. The piece of the puzzle towards understanding the stones of a temple destroyed thousands of years ago; the relic keenly contested, safeguarded and sanctified. This tiny little bit of almost nothing retains the original principle of a great work that no longer exists; the DNA from which it could be reborn.

When the pieces of the puzzle are reassembled, landscapes reappear in all their splendour, as if by magic. The faces take shape again, and the genre scenes come alive once more, as in Flemish paintings. Life begins anew. 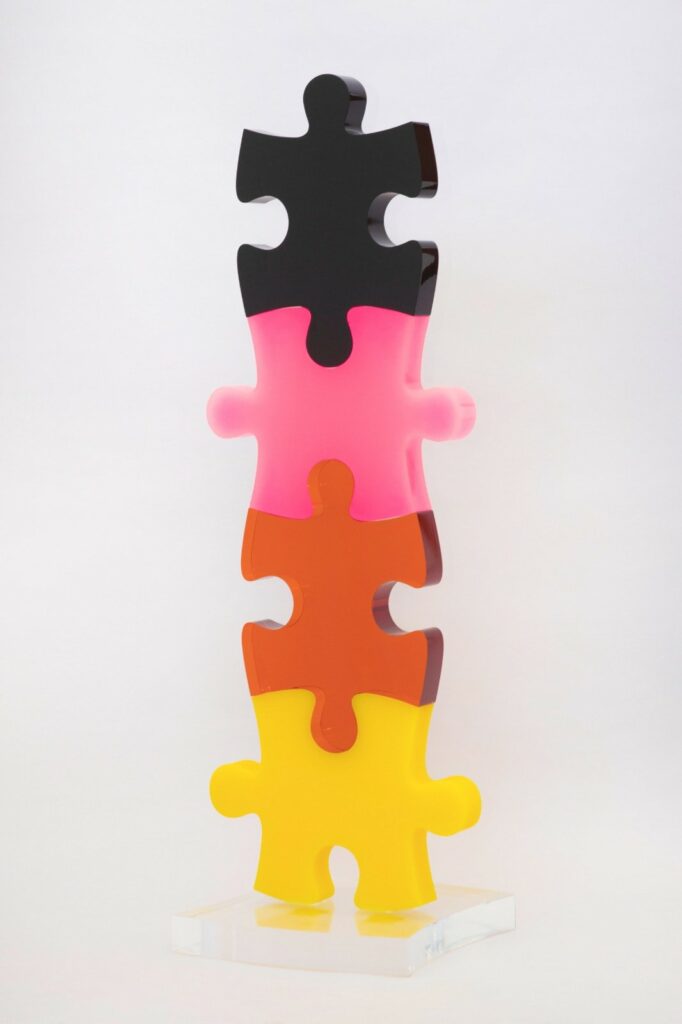