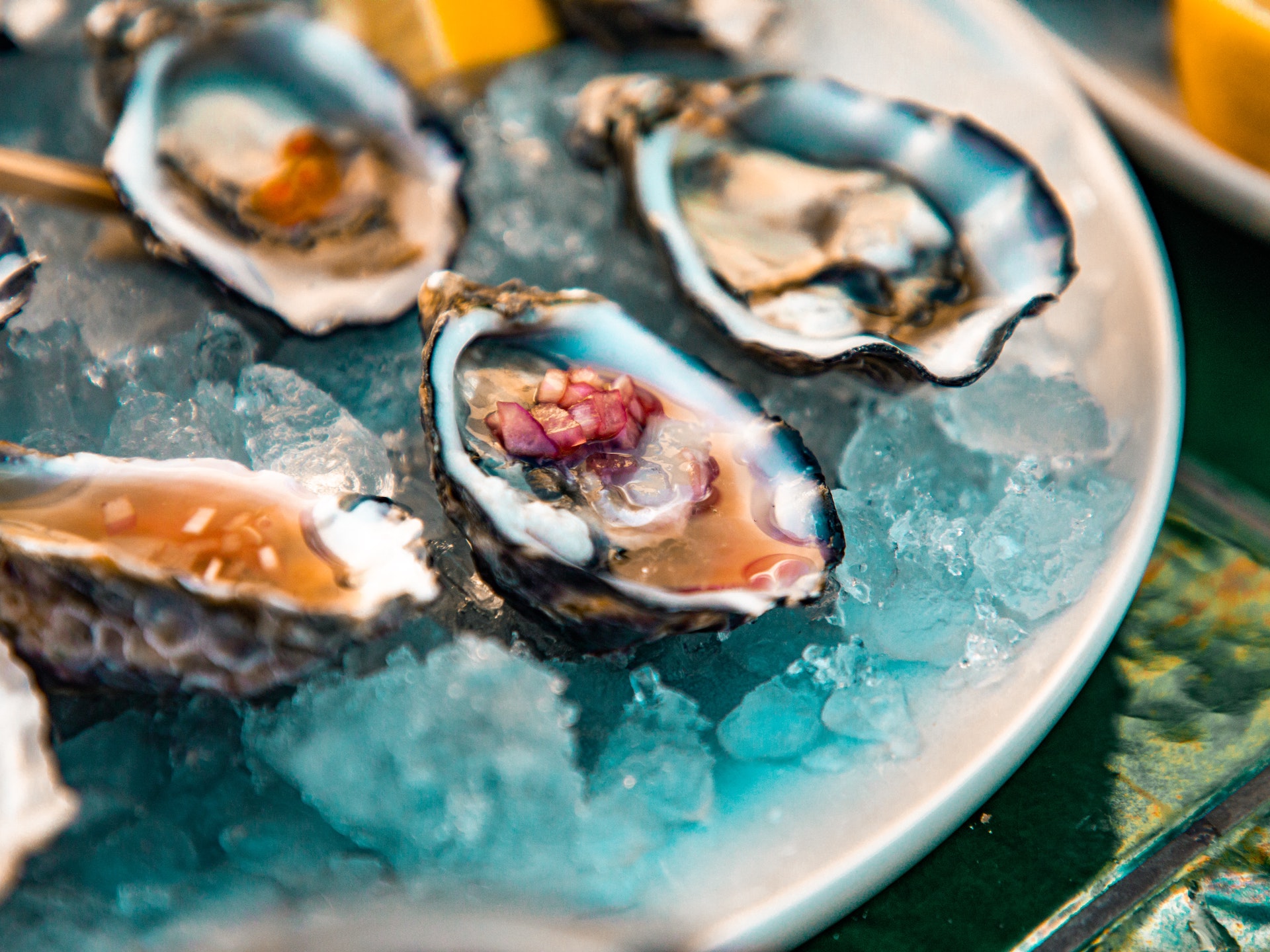 The modest oyster spends its life in one spot, immobile, filtering seawater for an average of three years until it grows to market size. While a fresh-shucked oyster comes bathed in that briny dressing, it also has flavors and textures that aficionados scrutinize with the rigor of a wine tasting. Its multifarious character invites a surprising range of pairing options (the popular Irish pairing of raw oysters with Guinness stout is a must-try). Now that we’re back into months with an ‘r’ in them it’s time to enjoy oysters again. But what’s the best wine – or beer – to pair with them?

Unusually there’s more than one outstanding match plus some good alternatives you may not have thought of. Which one you choose will obviously depend on which drink you like best – there’s no point in serving Guinness if you hate the stuff – and how the oysters are served. Cooked oysters are generally rather forgiving than raw ones. It also makes quite a difference how you season them. Meanwhile, some favor no seasoning at all, letting the wine do the job of a squeeze of lemon but conversely adding lemon can make richer chardonnays and champagnes work better if those are the wines you’d rather drink.

Try them with different wines to bring out all their complexities.

Oysters taste unabashedly of the sea. If you think of raw oysters as a salty snack akin to olives, nuts or ham, then take a cue from Spain and pair them with fino Sherry. Its combination of full-body, bracing acidity, and savory nuttiness stands up to oysters’ most brazen side.

Many oysters have notes of cucumber or underripe honeydew. This fruitiness is enhanced by sweet wine. The sweetness of Auslese Riesling from Germany is offset by acidity and stony minerality that lift, rather than smother, the delicate oyster.

While the Kimmeridgian soils of Chablis are rich with oyster shells, it’s the Chardonnay’s trademark steely, flinty character that melds with oysters’ coppery metallic notes, making for an exceptionally complementary pairing.

Large, plump oysters have a custardy quality with a subtle hint of sweet cream. Muscadet is a classic pairing due to its acidity and salinity notes. But those produced sur lie—with extended lees contact—lend creamy, yeasty notes that also showcase oysters’ richer side.